The geology of the Great Lakes basin consists of two fundamentally different successions of bedrock overlain by unconsolidated glacial clastic sediments. Bedrock in the more northern parts of the basin is composed of Precambrian metamorphosed igneous and sedimentary rocks. They formed during three major episodes between 3600 to 1000 million years ago with each followed by erosion for hundreds of millions of years.

After a long period of erosion beginning about 500 million years ago ancient seas covered the Great Lakes basin off and on and Phanerozoic sedimentary rocks began to be deposited. They consist largely of shale, limestone, and sandstone on top of the Precambrian bedrock. These rocks are thickest in the Lower Peninsula of Michigan where they fill the Michigan basin. The action of glaciers in the past one-million years removed this younger Phanerozoic bedrock to expose the Precambrian in the north. Upon retreat the glaciers left behind unconsolidated sediments that variably bury all of the bedrock in much of the Great Lakes basin. 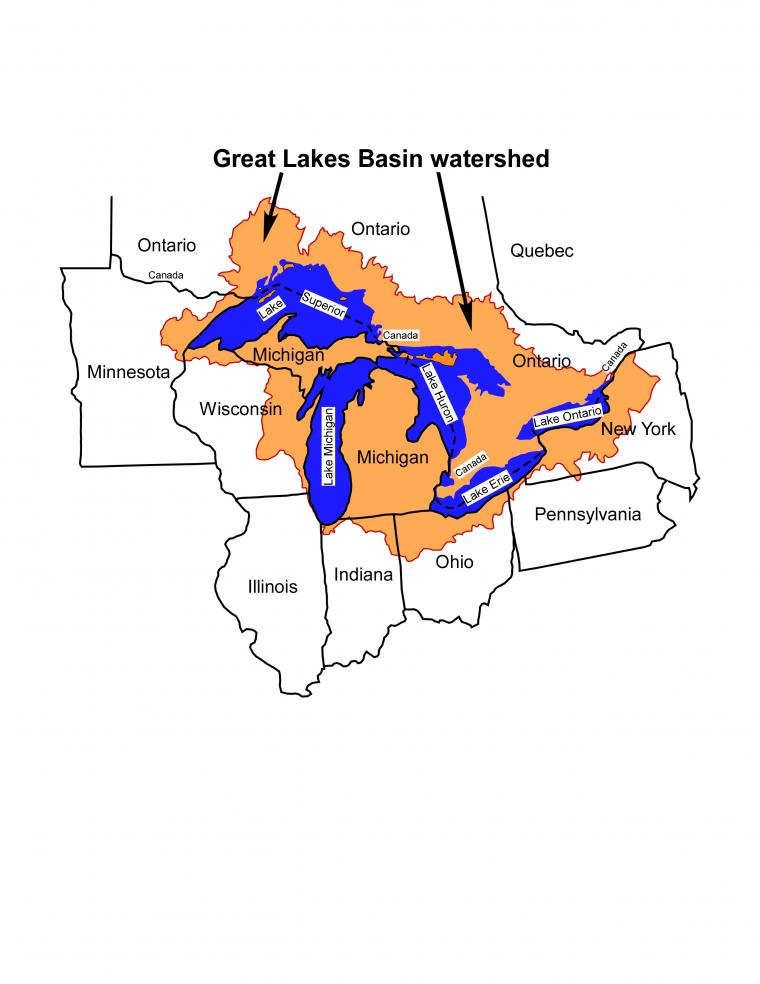 The Great Lakes region includes parts of eight states and the province of Ontario. The region has a distinctive geological, geographic, economic, cultural, and historic identity.